Several Saturday's in a row we had nothing planned and I'm certainly not complaining; however, this past Saturday we had two birthday parties at the same time. Friends of ours that moved away a few years ago were having a party for their little girl who is the same age as my son. A couple in my church just adopted a 7 year old boy and they had a birthday party for him. Unfortunately, they were scheduled for the same time so we had to chose. We decided to go with the one we committed to first and so went to the girl's party. We also knew we would be seeing the little boy today. Anyway, I have written all of that to be able to share two birthday cards today.
For the little girl I used a stamp set from Delta called A Kid for Every Season. I also used my nestabilities to create the medallion and layers. I embossed some flowers with my cuttlebug and used my I-rock gem setter to put the bling on the bottom. I have been playing with coloring with the Bic Mark-It markers (being unable to afford the Copics). I really like how bold the markers are compared to my usual coloring medium colored pencils. 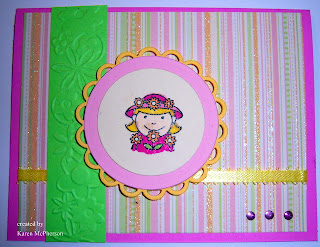 I have seen numerous versions of this rocket card however didn't have a cut file for it. I googled for a rocket image and this is what I found. I did a pixel trace in MTC and within a few minutes I was ready to cut. My son really likes it so I think the little boy will too.﻿ 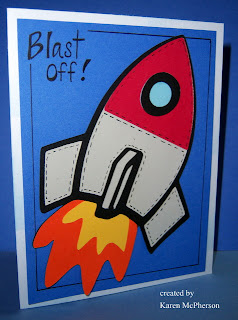 Thanks for taking the time to visit. I'm working on a project for a Sweatheart Banquet. I hope to share soon.
Have a blessed day!

Created by Karen McPherson at 4:41 PM

I enjoy hearing from others. Thank you for taking time to comment.

Karen McPherson
Old Fort, NC, United States
I live in the beautiful mountains of North Carolina with my husband and son. I am a high school math coach who enjoys paper crafts, reading, and cooking. 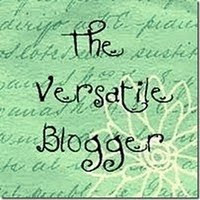 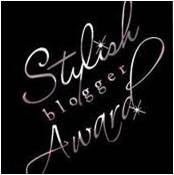 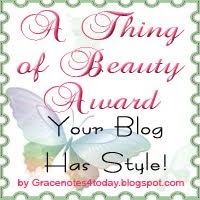 Oh The Places We Will Go...

My Creations by Category